Get fresh music recommendations delivered to your inbox every Friday.

Songs Beneath The River 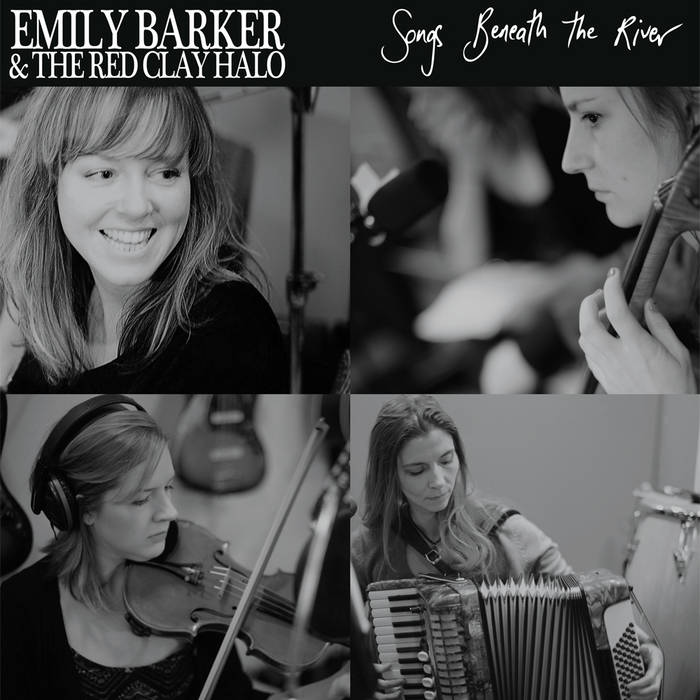 David Goggin A beautiful, haunting ballad, wonderfully done. This is a originally a protest song about the Iraq war by Tom Waits, but here it sounds like a traditional English folk/Irish ballad. Don't miss it, it's a keeper. Favorite track: Day After Tomorrow.

The sleeve notes on the vinyl copy, released as a Record Store Day exclusive on 19 April 2014:

The record you are now holding is the result of one of the most nerve-racking but rewarding recording experiences we have had in our years of playing together. We had always planned to record these four songs as an EP, and a series of chance meetings led to us receiving an invitation to record them direct to vinyl. The recording process was unlike anything we’d ever done before. Yes, we have recorded live previously - our album Despite the Snow was recorded in four days in a freezing cold barn in Norfolk, and many of our concerts have been recorded as well - but with these previous recordings, there was always the opportunity to edit parts, adding effects, mixing, mastering, and generally the potential to iron out any mistakes. With the direct-to-vinyl recording process, there is no room for error. Each side is recorded in a single take, mixed and mastered as you perform. You even have to time your own five-second gap, or thereabouts, between the songs whilst the technician on the cutting lathe does what is called a “scroll” (a faster revolution of the pitch motor in order to move the cutting stylus along faster, thereby creating more “land” between the grooves – in case you were wondering...).

Talk about pressure! I don’t think any of us dared to breathe during our takes. Anyway, we’re really pleased to say that, despite a few “quirky” moments, we managed to get through Side A and then on to Side B with no major mistakes. And in fact, even more than that, we’re quite proud of our performance overall and love the warmth and quality of the sound achieved through this wonderfully antiquated recording method.

So why Songs Beneath The River? The four songs on the EP were chosen from the list we had put together of music that informed and inspired the writing and arranging on our album Dear River...

I first heard ‘Do Right Woman, Do Right Man’ performed by Aretha Franklin on her album Never loved a man the way I love you. I was about thirteen years old and discovering Aretha changed my life because she made me want to learn how to sing. I used to shut myself in my room after school, put on this record and sing along until my voice was hoarse. Then, over time, I learned how to sing along without losing my voice and this song became my album favourite. Later on in life, I discovered a love of country music and subsequently The Flying Burrito Brothers’ cover of the song, which is on their record The Gilded Palace of Sin. I fell hard for this version too, and Gram quickly became a source of song-writing inspiration for me. So this magnificent song reflects, at least in our minds, both of these influences. Perhaps you can hear traces of the country-meets-soul style in the title track of Dear River?

During the time I was writing the songs for Dear River, one album that was regularly on my player was Patti Smith’s Easter. Besides simply loving the album, this was because I wanted to introduce more of a “rock” element to our recordings and I guess I was hoping osmosis, or magic of some kind, would take effect and suddenly my songs would pop out with a Patti Smith-esque feel to them. I don’t know if this theory was at all successful, but I certainly enjoyed trying it out. What a painfully beautiful song this is...

My dad bought the Tunnel of Love record back in 1987 when it was released and it immediately became the family’s most played album on long car journeys. If you live in Australia, car journeys are often pretty epic, so it wasn’t long before my siblings and I knew every word to every song on this record. And what a record it is! Strangely, I forgot about it for years until, by fated coincidence, I recently went on a car journey with my brother, Joel. We were travelling down the very same road we used to travel down as kids (in the back of the 1968 Peugeot 504 Estate on our way to the Southern Ocean for a camping trip) and Joel put Tunnel of Love on the car stereo. Suddenly I was struck, again, by the power of this record. As an adult, I found the lyrics spoke to me in a way I didn’t comprehend as a child. Springsteen is a fabulous storyteller, with ‘Tougher Than the Rest’ being a perfect example. He has inspired the way I try to tell my own stories.

I actually heard the Linda Thompson version of Day After Tomorrow before I heard Tom Waits’ original. Both are stunning, but it was Linda’s version from which we took inspiration to create our own. The lyrics on Dear River are all centered around understanding the meaning of ‘home.’ On the album, as well as telling my personal story of home, I also found myself telling the stories of others, one of which is my grandfather’s war story in a song called ‘Letters’, telling of his time in exile during WWII. One inevitability of war is displacement. Many people leave their homes and move to other countries in an attempt to leave behind the trauma of their experiences, as was the case with my Dutch grandparents; many flee in order to survive; many remain but their city or town perhaps changes beyond recognition. War effects our definition of home. ‘Day After Tomorrow’ is an anti-war song. The line “…what I miss you won’t believe, shovelling snow and raking leaves…”, kills me every time. So simple, yet so poignant in describing just how much this soldier is missing his home. Masterful songwriting by another who has informed and inspired my approach to writing songs.

We hope you enjoy our versions as much as we enjoyed recording them.